I really hate Quora making me join and follow 10 things I don’t care about just to answer this question. What a truly pathetic business model! 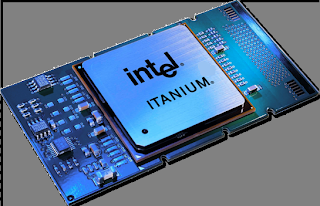 You are probably too young to know the entire story. It’s one of bribes, misinformation, and corporate espionage on a scale that makes China look small time today. This is the story as I remember it after having lived through it.

The story starts with the Alpha processor and Digital Equipment Corporation. Microsoft had been bribing everyone they could find trying to kill off VMS because because their platform could not compete. This extended to outright buying of writers at PC Magazine, one of which wrote a “comparison” of graphics libraries to the graphics libraries provided by Microsoft. The following month that same writer released a book covering the either unreleased or just released graphics library from Microsoft. I will leave it to your imagination who won the “comparison.” You could also just wade through the massive number of pages of discovery information generated during the Janet Reno investigation.

Microsoft started a well funded marketing fraud campaign claiming “proprietary bad, open good.” They got the Gartner Group (known for selling whatever they are paid to sell no matter what crime is behind it) to declare Microsoft (the most proprietary operating system in the world at the time) an “Open System” and the fraud used to justify this was that it could run on both Intel and AMD processors. They did not extend the same courtesy to IBM’s MVS which could run on both IBM and AMDAHL hardware.

VMS on Alpha and VAX was everywhere. It had found its way into almost every significant machine room in America and many around the world. In a post-Internet world you cannot begin to understand just how big a selling point DECnet was. It could talk to most everything despite all of the proprietary networking protocols in use.

The fraud and campaign contributions targeted those controlling military and intelligence spending. It involved dark whispers “that chip is only single sourced” Thus began the new round of criminal fraud aimed at taking out DEC and most importantly VMS. They totally glossed over the fact AMD was in Germany so x86 processors would be single sourced during war time. They also overlooked the fact a billion dollars is tip money to the DOD.

After much wrangling with elected officials Intel got what it really wanted. To be the second source fabrication company for Alpha processors. You see Intel and HP had spent a decade trying to develop a new 64-bit processor from scratch. Nobody really knows the exact dollar amount, but it is huge. Everyone in IT called Intel a one trick pony. They hit on dumb luck making the x86. After years of telling the world a 64-bit version could not be created AMD released one. (That’s why you see Linux distros listed as 64-bit AMD and not just 64-bit. Intel had to use the AMD instructions and play catch up.)

HP considered itself an engineering company and it had made some of the best test equipment every manufactured during the 1980s and early 1990s. Neither they nor Intel had any concept of how to design a new processor from scratch. Stories say Intel kept trying to slip in x86 stuff and HP wanted something which was actually good. (Research SEGMENT:OFFSET addressing for a hint there.)

Now, in another part of the fab plant, they were making Alpha, the best 64-bit processor on the market. Improvements to be made over the next 5 years had already been written and were churning through the development process at DEC. Everybody involved said it would be around 10 years before they would be scrounging for speed and processing improvements or need a new technical wave.

Very secretly lots of the Alpha internals started walking out the fab plant door and into the HP-Intel chip. Some say it was basically a new generation of Alpha that Intel and HP were about to unveil. Reality is they got caught red handed.

DEC was in a bit of financial trouble at the time. G. Q. Bob was an incredibly poor choice for restructuring. He had the cookie cutter MBA mentality of “restructuring.”

Sell off enough of the crown jewels until someone offers to buy what is left of the company.

You can follow the link if you want to read just thumbnails. Basically, many/most believed DEC had Intel so tightly by the short hairs that they would win the entire company in court. Yeah, it was blatant. Did G.Q. Bob do the right thing? No. He cut a deal. The HP/Intel chip could not return execution results in R0 (Register zero) and a host of other changes leaving behind an incompatible and neutered chip. He also sold chip manufacturing to Intel.

MBA view of restructuring, cut all of the $80K and under workers who generate revenue, keep all of management who generate nothing and get paid well north of $100K. Management will save itself at all costs.

Intel and Microsoft had another debtor they could squeeze, Compaq. After the 1997 “deal” moving chip fabrication to Intel, dirty deeds and back room deals got Compaq to buy DEC. The goal was to quickly shut down DEC and put Compaq servers using Intel chips and Microsoft operating systems in every machine room. That’s when Microsoft and Compaq got a hard lesson from the Intelligence community about shutting down a strategic supplier widely used in both intelligence and defense.

Early Itanium chips started being seen in 2001 with full production in 2002. HP tried to force HP-UX customers onto Itanium and they chose to leave HP for another *nix based platform rather than endure the processor. Stories were abundant about early models turning into crispy critters if you tried to run them at their rated clock speed, filling computer rooms with the scent of Itanium Cologne.

Neither Intel nor HP were willing to admit the chip was a total failure. In 2002 HP bought Compaq and almost immediately put a thumb in the eye of the defense industry. They announced they would cease design, sale, and manufacture of Alpha based DEC computers. All users had to use the Itanium based machines they were going to produce and OpenVMS engineering was going to port VMS to the Itanium. Huge outcry came from the VMS community, some of which was still on VAX hardware which also was not going to be maintained or supported anymore. Used Alpha based machines spiked in value. Reports surfaced on just how many years worth of chip improvements were left in the pipeline and on the drawing boards further stoking hatred.

VMS was basically the only OS using Itanium and that was because they had no choice. RHEL stopped supporting the chip in 2007. Debian 7 was the last Debian release to officially support Itanium. Microsoft continued its efforts to get VMS removed from every data center in the world, getting help from HP who ceased development and got rid of OpenVMS Engineering.

The Itanium was over a decade late to the 64-bit party. Big computers didn’t need yet another 64-bit processor. They really needed 128 or 256-bit processors to make the pain of a port worthwhile. Had the Itanium been allowed to be the next generation Alpha it would have been a great chip requiring no port. DEC had unqualified management and Microsoft continued to be Darth Vader incarnate.

In July of 2021, the Itanium will quietly be taken out to the woods and shot. HP and Intel will refused to publicly admit they failed spectacularly. A group of former OpenVMS Engineering team members formed VSI (VMS Software Inc.) and are porting OpenVMS to the 64-bit x86. VMS was famous for “Up-times measured in decades” but that pretty much ceased with Itanium. It cannot even be dreamed about with x86.