Anyone with a telephone number in the United States of America can testify to the fact no government entity enforces the National Do Not Call List and that scam artists seem to classify themselves with political pollsters.  In other words, they all believe they have some God given right to annoy the (&)(*&) out of you.  Normally I’m on site and my cell phone only gets 10-20 calls per month of the “you’ve just won a free vacation, we only need your credit card number to hold it for you” variety.  Since the end of August though, I’ve been working remotely and my land line appears to be widely abused.  On any given Thursday it can see 10-20 scam phone calls, many from the same numbers.

You can only file so many complaints with the Do Not Call List and log so many calls on 1-800notes.com before you realize absolutely nobody is doing their job when it comes to cleaning up the phone scams.  A problem made worse with el-cheapo VOIP (Voice Over IP) services in third/fourth/fifth world countries.  Even if they did get shut down, 10 minutes later they are up with a new IP address.

Possibly the most annoying of these callers, yes, even slightly more annoying that pollsters and politicians (all of whom should be banned from ever calling anyone who doesn’t actively OPT-IN to be called) are the “number verifiers.”  These scams call, ring twice and hang up before voicemail could kick in.  What they are trying to do is get you to see a “missed call” notice and just reflex-dial back.  Some are just selling a list of phone numbers owned by verified idiots.  The others using this tactic have the phone number connected to a 1-900 or other pay by the minute phone “service.”  There have been rumors some of these numbers have been associated with supposed technical support companies charging as much as $45 for the first minute or part thereof.

At any rate, frustration will eventually get the better of you.  Yes, I keep a list of the most annoying phone numbers and don’t answer when I see them, but the ringing phone still pulls me out of my thoughts.  Not cool for a software developer.  Quite a few people seemed to be raving about this CPR CallBlocker product.  It claimed to have a thousand or so of the worst telemarketer numbers pre-programmed into the device and you could add 1000 or so of your own.  It was around $50 on eBay, so I bought one.

You have to use your own phone to dial numbers into the device.  No, the device doesn’t catch everything after the # is hit or whatever.    The phone company actually gets every button press because the device is line powered.  It isn’t “pre-programmed with a list” either.  It starts out with an empty white list.  I know this because the very first time I tested it using my personal cell phone (which I’ve had for a decade or more) to call my land line I was blocked.  So were my parents and everyone else who called me.  Hence, how I found out about entering white list numbers.  Once entered, it seemed like there was a 1:3 chance a white list caller would still be blocked.  I’m shipping it back to the United Kingdom where it came from.

I then bought this Monster Call Blocker thing.  It was also $50, but it had a big display AND it required external power.  I had read most of the line powered blocker devices are plagued with problems due to varying voltage levels of different local phone companies.  That certainly seemed to be my experience with the previous product.

I love the Monster Blocker. 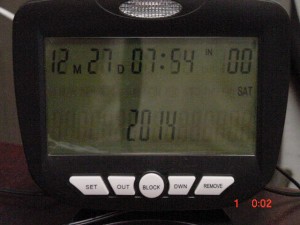 It works the way one expects.  A shiny new phone number rings through.  After you either answer the phone or simply ignore the caller and look their number up on the Internet, you can press the down button on the device to redisplay the number.  While the number is displayed you simply press block.  That’s it.  No matter how many times after that they try to call your phone doesn’t ring.  It will still light up and the caller ID will still display their information, but no annoying ring.  I have my phone behind me at my desk, so I don’t even see it light up.  A few weeks ago I was shocked to look at my phone near the end of day and see more than a dozen missed calls.  I scrolled through the caller ID log on the phone.  Every one of them was a known scammer.  Not one of them caused my phone to ring. 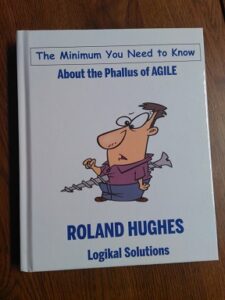